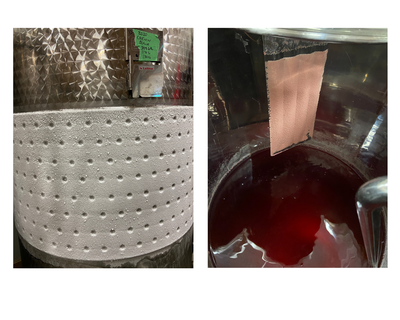 Have you ever seen crystals or "wine diamonds" form in your wine or on a cork?  Those are most likely deposits of tartrates that have precipitated out of your wine.  To minimize this, we cold stabilize our white and rose' wines.  Formation of crystals is less likely in red wines, so we don't cold stabilize reds.

With the right setup, cold stabilization is easy.  Wine is chilled to a temperature just above its freezing point and is held at that temperature for two to three weeks.

We generally use 35 degrees. The frosty tank on the left has a built-in cooling jacket connected to a glycol chiller.  The cold glycol circulates through the jacket and chills the wine in the tank. This lowers the solubility of potassium hydrogen tartrate in the wine (KHT for you chemistry nerds, Cream of Tartar for you bakers) and facilitates their crystallization and precipitation. The tartrates bind to the inside of the tank where they can be removed after pumping the now stable wine to another tank.  The cooling fin in the other photo is covered with tartrates after stabilization and wine removal.

The result is wine that is unlikely to produce crystals after refrigeration at home.  If you do find these crystals in your wine, they are harmless. 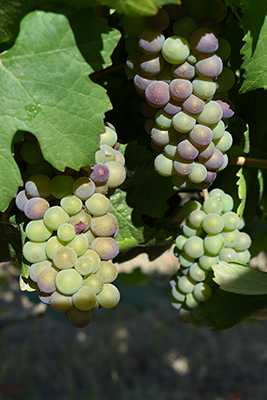 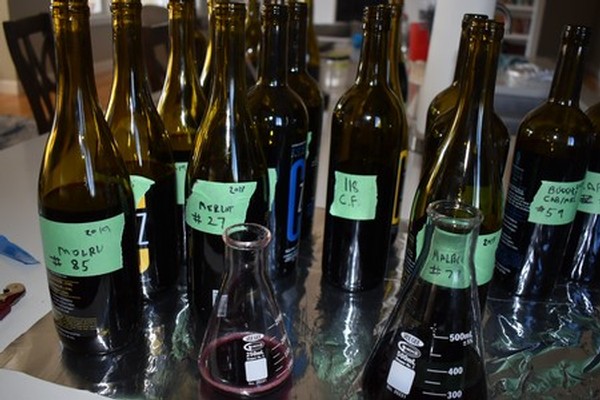